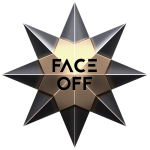 “How do you make a game?” This very rhetorical question was posed to me by a 9 year old friend of my son. And it seems to me it is the perfect invitation to ruminate.

Step one to making a board game: Love Board Games

I really and truly enjoy coming around a table sans electronics, with all apologies to Alchemist.

Things are best when I sit at a table with like minded people and push around tokens, manipulate small pieces of cardboard, and move plastic miniatures around a game board.

Step two to making a board game: Make a list of things you don’t like about the Board Games.

Step three to making a board game: Make of list of features your favorite games include.

Again based on the games my group plays most often, my list includes:

Step four to making a board game: Design a set of rules around a theme and with certain mechanics that have all of the second list and none of the first list.